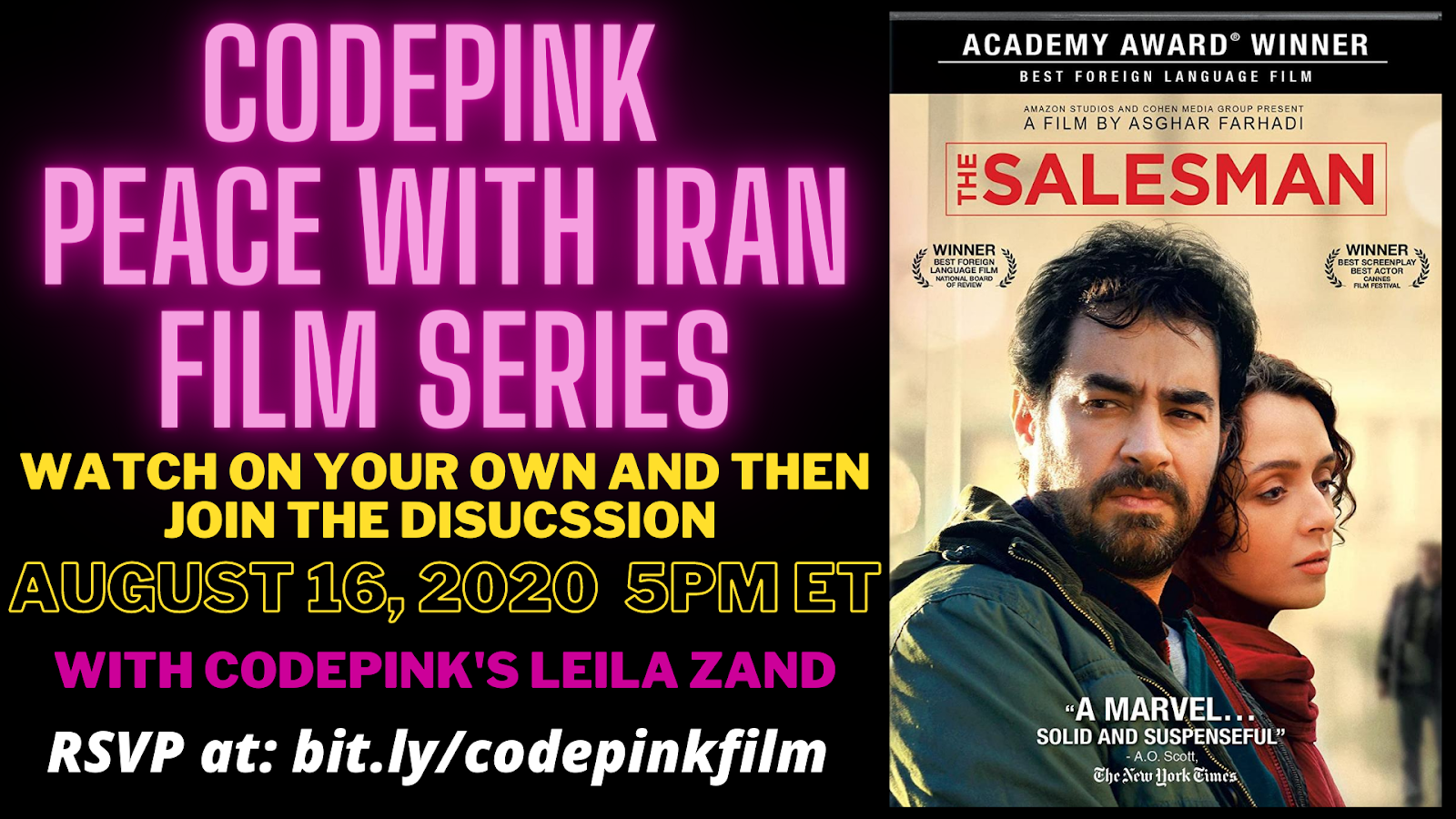 Dearest Peacemaker,
COVID-19 has forced us to discover new ways to stay connected with one another. With Zoom dinners, birthdays, webinars, and concerts, we have adapted our abilities to connect. Now, join us on Zoom for an Iranian culture night as part of our citizen diplomacy efforts with Iran.

On Sunday, August 16, we will host a discussion of the marvelous Iranian film, The Salesman, winner of the 2017 Academy Award for Best Foreign Language Film.

What: The Salesman Iran film discussion with Iranian-American peacemaker Leila Zand
Where: Zoom
When: August 16, 2020, at 5 PM ET
How it works: Watch the movie on your own on Amazon Prime, iTunes, or Vudu and then join Leila Zand for a discussion of the film.

Directed by Asghar Farhadi, The Salesman tells the story of a married couple living in Tehran. After their old flat becomes damaged, Emad (Shahab Hosseini) and Rana (Taraneh Alidoosti) are forced to move into a new apartment. However, once relocated, a sudden eruption of violence linked to the previous tenant of their new home dramatically changes the couple’s life, creating a simmering tension between husband and wife.

This film series is part of our ongoing efforts to build bridges of understanding between the people of Iran and the United States. This is especially necessary right now as yesterday we got terrible news: war criminal Elliot Abrams has been tapped by the Trump administration to be the new U.S. Special Representative for Iran. Abrams has made a career of lying and committing criminal acts that have led to the death and suffering of innocent people from Guatemala to Iraq. He embraces militarism, covers up for gross human rights abuses, and has a history of supporting authoritarian regimes. Now, he has been appointed as the U.S. envoy for Iran, managing a situation that is already a tinderbox, with the Iranian people suffering immensely from U.S. sanctions. Read and share CODEPINK’s statement condemning the appointment of Abrams.

COVID-19 and the Trump administration, with all the horrific impacts they having on our lives, are also teaching us that, despite the differences and distance between us, we all are much closer and more connected to one another than we once knew. The 13th-century Iranian poet Saddi said it well: 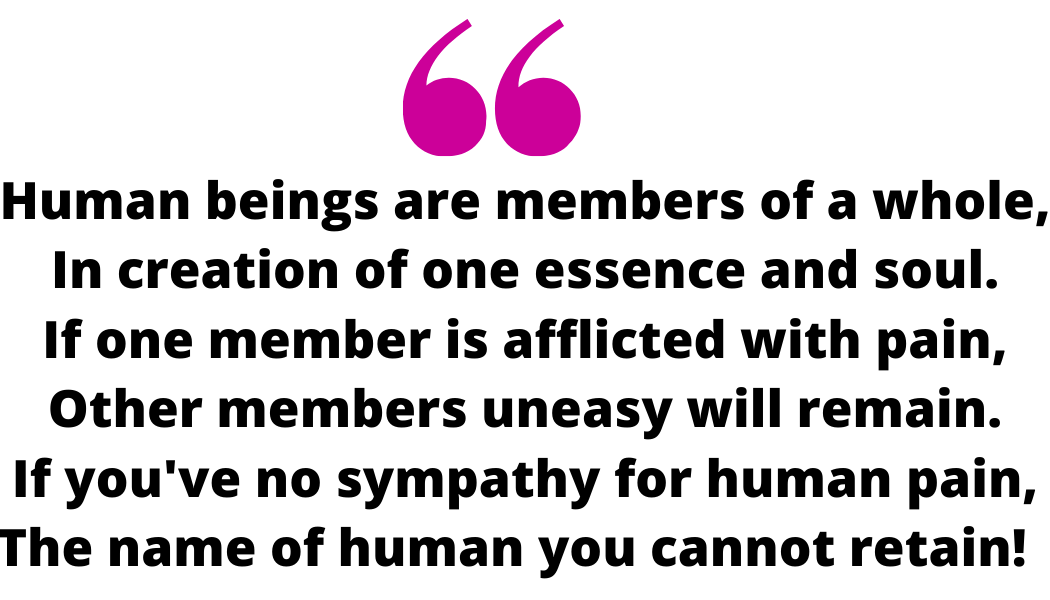 The goal of our new Iran culture series is to deepen communications, exchanges, and relationships between the two countries and cultures. Iran is a unique country with a rich culture, history, and people that are fascinating to learn about. And Iran’s thriving film industry is world-renowned. So watch this terrific film on your own (Amazon Prime, iTunes, or Vudu), and then join us on Zoom for an intimate discussion as part of our citizen diplomacy efforts with Iran. RSVP now!