The Battle for People’s Park, Berkeley 1969

Author Tom Dalzell will be in conversation with Steve Wasserman, publisher and executive director of Heyday, to reflect on the fiftieth anniversary of one of the most searing conflicts that closed out the tumultuous 1960s: the Battle for People’s Park. 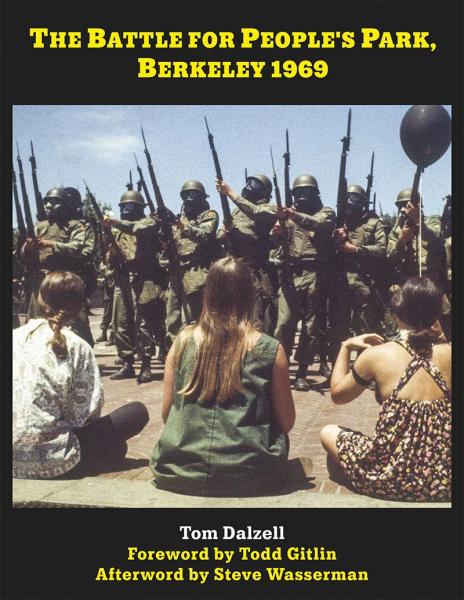 In eyewitness testimonies and hundreds of remarkable photographs, The Battle for People’s Park, Berkeley 1969 commemorates the fiftieth anniversary of one of the most searing conflicts that closed out the tumultuous 1960s: the Battle for People’s Park. In April 1969, a few Berkeley activists planted the first tree on a University of California-owned, abandoned city block on Telegraph Avenue. Hundreds of people from all over the city helped build the park as an expression of a politics of joy. The University was appalled, and warned that unauthorized use of the land would not be tolerated; and on May 15, which would soon be known as Bloody Thursday, a violent struggle erupted, involving thousands of people. Hundreds were arrested, martial law was declared, and the National Guard was ordered by then-Governor Ronald Reagan to crush the uprising and to occupy the entire city. The police fired shotguns against unarmed students. A military helicopter gassed the campus indiscriminately, causing schoolchildren miles away to vomit. One man died from his wounds. Another was blinded. The vicious overreaction by Reagan helped catapult him into national prominence. Fifty years on, the question still lingers: Who owns the Park?

Tom Dalzell has lived in Berkeley since 1984. He has worked as a lawyer for the labor movement for his entire adult life. He has written extensively about slang. He has been methodically walking the streets of Berkeley since late 2012 in search of quirky stuff, blogging about it since 2013. The New York Times described him as looking “too strait-laced to be the arbiter of the eccentric.” He accepts this verdict.

Steve Wasserman, raised in Berkeley and a graduate of Cal, is Heyday’s publisher and executive director. He is a former editor-at-large for Yale University Press and editorial director of Times Books/Random House and publisher of Hill & Wang and The Noonday Press at Farrar, Straus & Giroux.