“Democratic Fight in California Is a Warning for the National Party” by Adam Nagourney (nytimes.com) 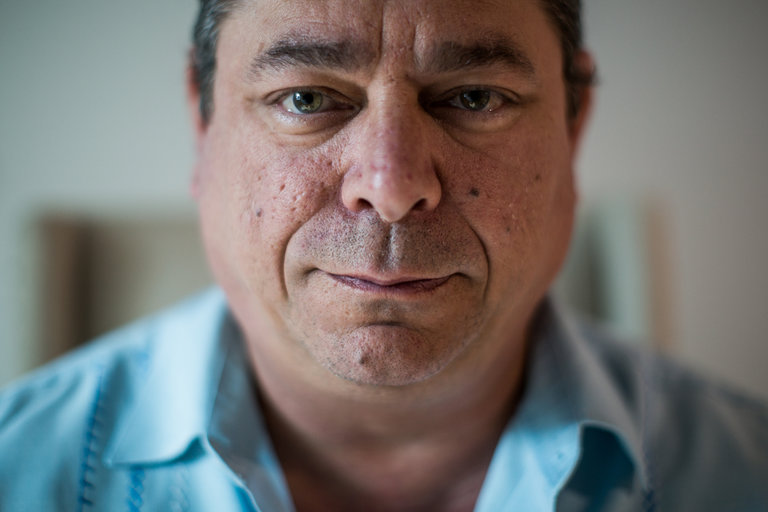 Eric C. Bauman, the chairman of the California Democratic Party, at the party’s headquarters in Sacramento last week. His opponent in a May election, Kimberly Ellis, has not conceded defeat.CreditMax Whittaker for The New York Times

SACRAMENTO — For Democrats across the nation, California has offered a bright if lonely light this year. The party controls every statewide office and commands supermajorities in the Legislature. Gov. Jerry Brown and legislative leaders have become national voices, steering the party as it pushes back against President Trump on issues as varied as the environment and immigration.

But in recent weeks, California Democrats have emerged as something else: a cautionary tale for a national party debating how to rebuild and seize back power. Even at a time of overall success, state Democrats are torn by a bitter fight for the party leadership, revealing the kind of divisions — between insiders and outsiders, liberals and moderates — that unsettled the national party last year and could threaten its success in coming years.

“What we are seeing in California is similar to what we are seeing on the national level,” said Betty T. Yee, the Democratic state controller. “If we don’t do our work to really heal our divide, we are going to miss our chance to motivate Democrats.”

The fight pits Eric C. Bauman, a longtime party leader, against Kimberly Ellis, a Bay Area activist. Mr. Bauman won the election by just over 60 votes out of 3,000 cast at the party convention in May, but Ms. Ellis has refused to concede, claiming voting improprieties, like permitting ineligible people to vote for Mr. Bauman.

The party is expected to issue a final ruling on Ms. Ellis’s allegations by Aug. 20; in an interview, she said she would go to court if the party ruled against her. This has left Mr. Bauman, who encountered a barrage of shouts of “not my chairman” when he delivered his victory speech, struggling to put behind him a contest that has been the subject of recounts even as he seeks to position Democrats for a challenging congressional election in 2018.

“The truth of the matter is, Kimberly Ellis cannot accept that she lost the election,” Mr. Bauman said. “She’s willing to allow the party to be torn asunder in an effort to prove that she really did win. My attitude about this is, I was elected chair under the rules. I have attempted to be the most open and transparent chair this party has ever seen.”

Ms. Ellis, 44, has from the start presented herself as an outsider: It is her first run for party leadership. She has spent several years as executive director of Emerge California, which recruits and trains women to run for office. Ms. Ellis — who backed Hillary Clinton in the Democratic primary race last year but has gained the support of Senator Bernie Sanders — presented her candidacy as a challenge to the way the Democratic Party in California does business, starting with an animating promise: “Giving the Democratic Party Back to the People.” If she had been elected, she would have been the first African-American to lead the state party

By contrast, Mr. Bauman has spent 30 years working for the Democratic Party, including leading the Los Angeles County Democratic Party. He was a delegate for Mrs. Clinton in last year’s presidential election. With his gruff demeanor and a strong-as-ever Bronx accent — no matter that he came here 40 years ago — he has been called “Boss Bauman,” as Mr. Bauman himself noted in an interview.

Ms. Ellis said Mr. Bauman and other Democratic leaders represented an old-school, top-down style of party leadership that had been rejected by the new wave of Democrats brought into the party by Mr. Sanders last year and by Ms. Ellis this year.

“The Democratic Party is in many ways right now where the Republican Party was when the Tea Party took over many years ago,” she said. “We are in a rebuilding moment.”

“There are a lot of things that have gone on here that have really caused folks to feel that leadership doesn’t care about them or their voices,” Ms. Ellis added. “The Democratic Party is not only changing but has changed. There are folks who haven’t gotten that memo. The way that we did things before is not going to work going forward.”

For many Democrats, what is particularly worrying is the extent to which the lingering battle illustrates the bitterness between supporters of Mr. Sanders and those of Mrs. Clinton. The California Democratic Party has seen a surge of active members since Election Day, not only in response to Mr. Trump and his policies, but also because of Mr. Sanders’s success in stirring enthusiasm.

But in some ways, these are the kind of internecine fights — be they between the old guard and new faces, or between liberals and moderates — that are common in Democratic circles, usually mainly of interest to the most inside of insiders. “Remember: We are Democrats. We do this all the time,” said Christine Pelosi, a supporter of Ms. Ellis who is the head of the California Democratic Women’s Caucus and a daughter of Representative Nancy Pelosi, the House minority leader.

But the stakes appear higher in this case. For one thing, California Democrats face a critical political challenge in 2018 as they seek to captureas many as seven Republican congressional seats, most of them in Southern California, a central part of the national party’s effort to win back Congress. California is heading into a potentially turbulent governor’s race next year as Mr. Brown — a widely respected, stabilizing force in Democratic politics — steps down after two terms. The party could also be enmeshed in a Senate race if Dianne Feinstein, who is 84, does not seek re-election next year.

The fight in this bluest of states has national repercussions for Democrats facing similar struggles about what the party should stand for — and how aggressive it should be in challenging Republicans — as it prepares for the 2018 congressional elections.

For all that, Mr. Bauman, 58, is hardly your run-of-the-mill party leader. He is openly gay and an Orthodox Jew, a nurse by training who sprinkles his remarks with Hebrew and tears up when talking about his late mother and the time he heard Bill Clinton, running for the Democratic presidential nomination in 1992, appealing for gay support at a rally in Hollywood at the height of the AIDS crisis.

But as much as Ms. Ellis is portrayed by her supporters as the future of the Democratic Party, Mr. Bauman is perceived as the face of the establishment Democratic Party they blame for the party’s setbacks in Washington. “He has a style that is sometimes not the most warm,” said Ms. Yee, who supported Ms. Ellis. “That’s a fact. And I think he knows that. He can be abrasive. He can be dismissive.”

Ms. Ellis said Mr. Bauman was a product of the environment created by the state Democratic Party. “And the environment includes bullying and a lot of bad behavior,” she said.

Mr. Bauman did not dispute that as he sat behind glass walls in an office of a sleek two-story building with an outdoor terrace that serves as the state party headquarters here. “A lot of people perceive me as a Tammany Hall kind of guy,” he said. “Because I do have that personality. And it works. And I use it.”

For the most part, the fight in California’s Democratic Party is over tactics, style and personalities. But there are some differences over issues as well.

The leader of the California State Assembly, Anthony Rendon, came under fire after he blocked a bill that would have created a state single-payer health care system. Mr. Rendon called the legislation, which had passed in the Senate, “woefully incomplete,” saying it failed to account for how to finance a hugely expensive idea. His move was attacked by, among others, the powerful state nurses’ union — and by Mr. Bauman, who called it an “unambiguous disappointment.”

Party leaders have urged Ms. Ellis and her supporters to unite the party.

“It’s basically up to those who supported Kimberly: Do they want to help elect Democrats, move the state forward, or do they want to sit at home and suck their thumbs?” said John L. Burton, the departing Democratic chairman in California, who did not endorse a successor. “It was a hard-fought election. She did better than anybody thought she would do. But she lost. I’ve lost an election. It ain’t fun. You’ve got to get up and dust yourself off and start all over again.”

Ms. Ellis rejected that argument as she pledged to continue her fight.

“One of the false narratives that has been promoted is that if we don’t unify that we are going to break the party,” she said.

Steve McMahon, a Democratic consultant who advised Howard Dean, the Vermont governor, when he ran for president in 2004, compared what is happening with Democrats in California to the Tea Party’s emergence in heavily Republican districts in 2010.

Mr. McMahon said these struggles would probably move the party to the left, with one immediate result: Democrats in places like California will come under increasing pressure to support single-payer health care, much the same way opposition to the Iraq war, a central issue for Mr. Dean, became a litmus test issue for Democrats in 2004.

Not included in your article for some reason:

Bauman has been criticized for his ties to California’s pharmaceutical industry. He has lobbied against Proposition 61 which would have prohibited the state from buying drugs that are more expensive that price the Department of Veterans Affairs pays. This criticism has re-emerged following his election to become Chair of the California Democratic Party.

Yep. I know. Definitely interesting, cause that’s one of the reason he lost votes. Cut only for space, but I wish I could have figured a way to get it in.