The DNC has launched a series of town halls to better explain the “Better Deal,” and to call for public participation in crafting an even better “Better Deal” over the next few weeks, under the rubric #DNCTakeBack.

As discussed with a bi-partisan crowd of 100 in the first such town hall (seen here), the “Better Deal” includes a number of election-winning positions that polls show have widespread support across the political spectrum, and that have already been winning state and local elections nationwide, even in heavily Trump-leaning areas.

Until the recent banning of corporate donations to the DNC, the DNC was unable to support such positions because of the outsize influence of key donors, as detailed in transcript below. These positions include Medicare for all (desired by a strong majority of voters overall, and even by 41% of Republicans), free college tuition (desired by 62% of all voters), stronger unions (by an ever growing majority), and public campaign financing and the elimination of corporate lobbying (large majorities of Americans feel corporations, the wealthy, and lobbyists have far too much influence in politics).

It is not fully understood why so few people noticed these positions within the “Better Deal” when it was first unveiled last Monday.

3:09 During the first few years that Murdoch’s ownership of Fox’s DC affiliate, he had a hands-off approach to new content; partially due to their success. One day orders came from Murdoch’s offices that the network should cut away from their regularly scheduled program and broadcast the RNC’s fawning tribute to Reagan: “we were ordered, from the top, to carry propaganda; Republican, right-wing propaganda”. It foreshadowed what Fox News would later become.

6:30 Former Fox News reporters and bookers say that they are afraid to be seen “talking to the wrong people”. Working for Fox meant you were constantly being monitored. It created a culture of fear. If you challenged the heads of the network On ideological matters, you were history.

19:04 Fox News contributors are under paid contract for their appearance; if they deviate from the party lines, they might not get asked back onto shows.

21:22 Fox News went after Richard Clarke as soon as it was apparent that he was going to paint the Bush administration in a bad light. For Fox News, “mudding” arguments is almost as good as winning them. So, they didn’t need to definitely prove that Clarke, a former member of the Bush Administration, was angling for a position in a Kerry Whitehouse, they just had to make it look like a possibility.

26:29 Republicans accounted for 83% of the guests while Democrats accounted for 17% of guest on the network’s most prestigious show. Of those democrats, most were either centrist or conservative.

27:50 Stories they Cover…Stories they Ignore – Management set the tone for stories: Jesse Jackson was always to be painted in a negative light, as were immigrants. Culture war issues – abortion, affirmative action, gay marriage – were often covered while ignoring issues regarding the economy, health care, and the environment.

34:38 O’Reilly’s show is a good example of everything that is wrong with Fox News —
Stories are selected to prop-up the Republican party and their point of view; O’Reilly is very hostile to guest who disagrees with him; and he distorts and misrepresent things.

42:00 Many Fox News stories are meant to generate fear; for example, stories about what to do if there’s a “dirty bomb” attack. Fear is a great motivator and organizer; even when there is no real evidence for it. Terrorism is the ultimate fear-baiting; and when people are fearful, they are more likely to support military interventions. Talking about terrorism also means that you can avoid talking about other issues, like the economy.

46:29 Fox made the decision to present the Iraq war as a success. “The senior producer told the two or three writers for her news hour…’now, just keep in mind that it’s all good. This is such a fair and balance issue. Keep it positive. We got to emphasize all the good we are doing”.

48:43 Knowledge Networks Poll – It’s a simple survey about fact regarding current events. The more likely people were to watch Fox News, the more misinformed they were and the more likely they were to back the Bush Administration.

50:49 Fox News repeats and propagates the Republican Party platform. It was widely known that the Fox reporter covering the 2000 Bush campaign was married to a Bush campaigner. This wouldn’t have been allowed at CNN.

52:47 Election Night 2000 – The first guy to call the election for Bush was the head of Fox’s New’s election analyze division; Bush’s first cousin. He called it a clear win, when in fact it was too close too call.

59:16 The Republican send out “the message of the day” so that conservative talk radio, Fox News, and Republican elected officials will all be talking about the same issues, in the same way.

58:41 2004 Election; coverage of Bush was always glowing, while Kerry was shown in a negative light.

1:02:51 During the 2004 election, Fox News painted a very rosy picture of the American economy and by selecting statistics which showed just that. Of course, they credited Bush for the “good” economy. When the stock market had a bad day, they claimed it was because of fear over the prospect of a Kerry presidency.

1:05:28 Murdoch is foremost a politician and this is what makes him dangerous.

1:06:57 The Fox Effect – It made other news organization more conservative because they saw how well Fox did.

1:09:13 A Call to Action – Media control is a political issue. People need to demand accuracy.

Isabella Zizi of Idle No More SF Bay joins me for an in-depth interview about a civil disobedience action that took place at the Kinder Morgan facility in Richmond on July 24.

All photos and footage of the action in this video are the copyright of Peter Menchini. — https://vimeo.com/mayamedia

Bitcoin approaches a decisive moment: are you in control of your private keys? Meanwhile, we discuss a step further: disintermediating politics.

The news we see every day are bad omen for the nation-state era: tech giants enforcing the status quo by providing surveillance tools to old powers, corrupt and innefficient nations barely being able to handle elections without being hacked, borders that make some people powerless. The bright side is many people around the world are realizing it is time to think and build alternatives outside the nation-state, and in July we met them.

At OuiShare Fest 17 in Paris, Virgile Deville and Pia Mancini from our foundation met innovators from all over Europe and the Americas. In summary, we discussed how to move on from the current political chaos:

“What I’d like to share is this notion of not feeling trapped in the existing system. There’s a way to build alternative systems.” – Watch Pia’s message for the Oui Share community below. 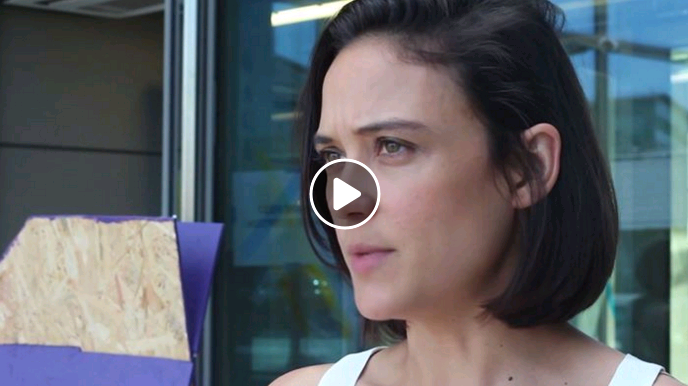 Aligned with this spirit, Civicist interviewed Santiago Siri for an article that tries to imagine the technologies and institutions needed to disintermediate political power: “Coding for a World Run by Liquid Democracy”. It is a time to long for an alternative government, and to despair of one.

Some concrete projects for alternative systems were hinted this month as Ethereum tokens became popular. After all, you can’t have a new political system without disrupting the global economy. How do you raise 25 million without a bank involved? We interviewed Herb Stephens about how ICOs work, the current state of Ethereum, tokens and financial sovereignty outside of the current structures of centralized banks and centralized markets.

Listen to our podcast

At Def Con — an annual hacking conference held in Las Vegas — hackers were given the rare chance to crack into US voting machines. It took one person just 90 minutes to hack in and vote remotely on one of the machines.