“Adding dental, vision, and hearing benefits to Medicare is supported by 84% of the American people” 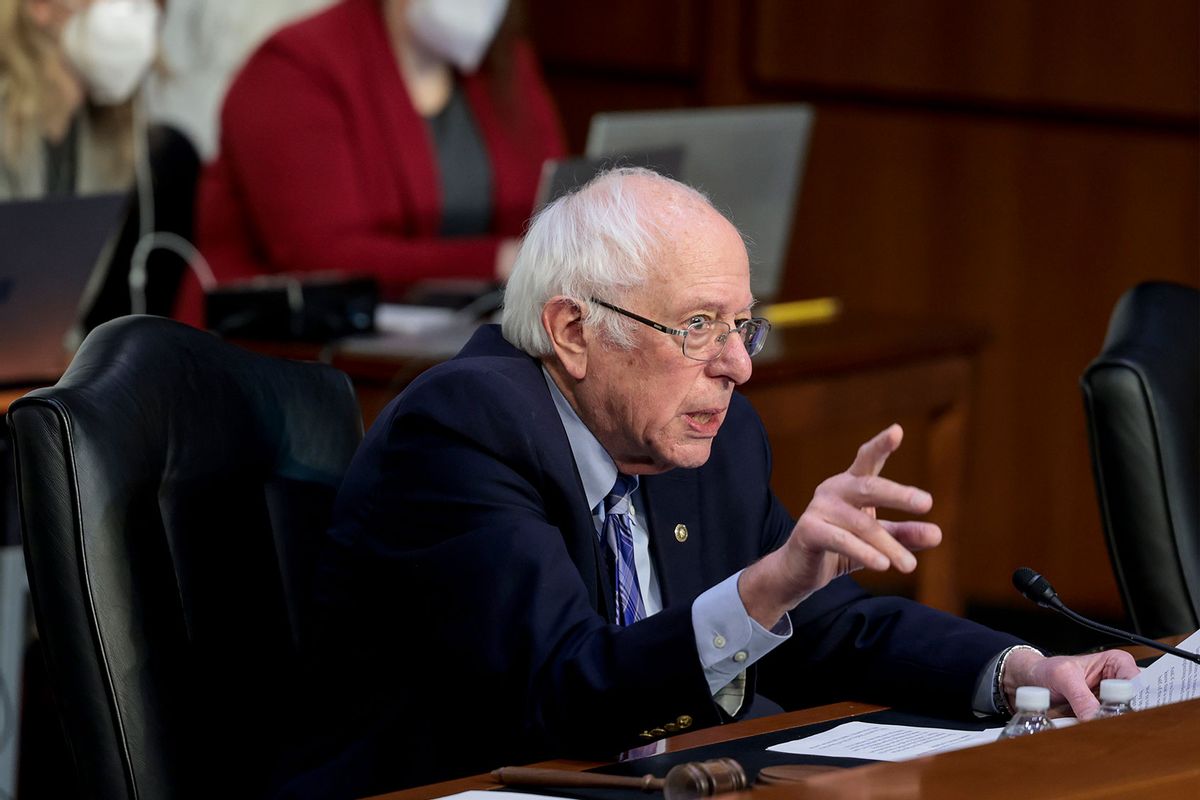 This article originally appeared at Common Dreams. It is licensed under a Creative Commons Attribution-Share Alike 3.0 License. Feel free to republish and share widely.

Sanders’ office said the Vermont independent will seek a roll call vote on including the overwhelmingly popular proposal to extend dental, hearing, and vision coverage to all Medicare beneficiaries, provisions that were previously stripped from Democrats’ once-ambitious $3.5 trillion reconciliation package.

Now with key Democrats breathing fresh life into the recently moribund bill they nearly killed—albeit in favor of a dramatically shrunken package—Sanders is again pushing for the Medicare expansion he has long championed.

“Today, in the wealthiest country in the world, it is shameful that so many of our seniors must go without the dentures, eyeglasses, and hearing aids that they need,” the senator’s office explained.

Healthcare reform advocates have long called for expanding Medicare. Ideally, the popular program would be reformed or reinvented to cover everyone’s needs under a universal, single-payer system. However, with Medicare for All still a distant goal in the United States, progressives have honed in on expanding Medicare to achieve more coverage for more people, especially seniors most in need.

Adding dental, vision & hearing benefits to Medicare is supported by 84% of the American people including 89% of Democrats & 79% of Republicans.

It is what the American people want and yes. @SenSanders will be offering an amendment to the reconciliation bill to make it happen. https://t.co/fNr563NFml

“The holes in Medicare coverage are harming seniors as we speak,” Sanders and Congressional Progressive Caucus Chair Pramila (D-Wash.) wrote in a joint June 2021 analysis of a Data for Progress poll showing 83% of likely U.S. voters of all political affiliations back Medicare expansion.

In the richest country in the world, the outrageous reality is that 75% of senior citizens who suffer from hearing loss do not have a hearing aid because of the prohibitive cost. Sixty-five percent of senior citizens have no dental insurance and no idea how they will be able to afford to go to a dentist.

Joe Scarborough has a new name for Trump: “He’s a fascist”Progress Bar

“Combined, the lack of Medicare dental, vision, and hearing coverage put America’s seniors at risk for a host of serious health conditions,” Sanders’ office told Common Dreams. “If Congress cares about our nation’s seniors, we must expand the Medicare program to cover dentures, eyeglasses, and hearing aids.”