AOC to Campaign in Cleveland for Nina Turner on July 24 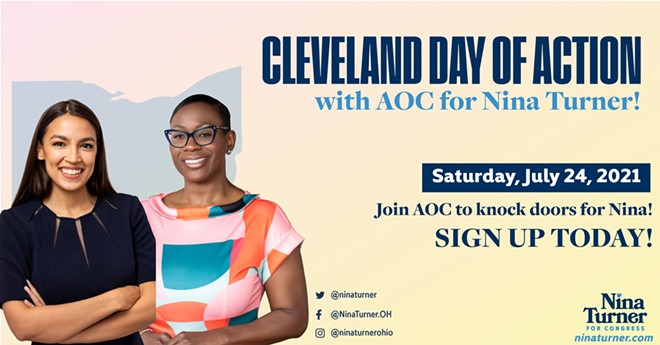 New York Congresswoman Alexandria Ocasio-Cortez, one of the stars of the progressive left and a member of the so-called “Squad,” will campaign with Nina Turner across Ohio’s 11th District Saturday, July 24.

The Nina Turner campaign confirmed rumors that AOC would be canvassing in Cleveland for Turner in a press release Thursday afternoon. AOC herself was quoted.

“Nina Turner has shown through years of public service that she is an effective legislator who can build coalitions and get things done without sacrificing her principles,” AOC said. “She has the courage to ask for more and the skills to deliver. I can’t wait to travel to Ohio to knock doors for Nina Turner and help turn out the vote.”

A door-knocking event at 2 p.m. in Cleveland’s Ward 14 has already been planned. Volunteers can sign up here.