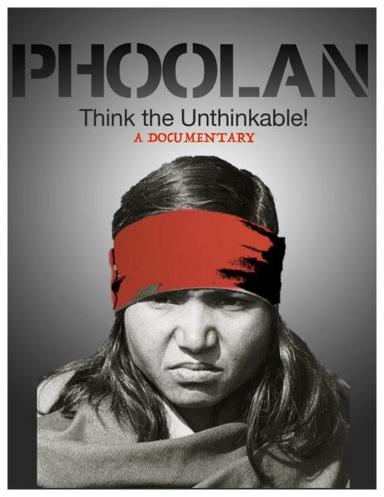 This private screening will be held October 3, 2021 and attendance is by invitation only.

If you would like to attend, please send us an email: gillian@phoolandevimovie.com

PHOOLAN is a feature-length documentary about one of the most controversial and influential women of our time. It tells the untold true story of Phoolan Devi, known to many as the Bandit Queen of India, who became a social justice warrior and a female Robin Hood. After taking revenge on 22 high-caste men for her violent gang-rape, Phoolan became the leader of a gang of male bandits, who stole from the rich, and gave to the poor and dealt out her own brand of justice to men who raped poor women and girls.

Phoolan became the subject of one of the largest manhunts in Indian history with a bounty on her head to match. She evaded capture for over 4 years, and in 1983, surrendered only on her terms. During her 11-year incarceration, Phoolan abandoned Hinduism and became a Buddhist, with its code of non-violence.

Upon her release from prison, she was convinced by the low-caste political party to run for a seat in Parliament. In a surprise victory that sent shockwaves throughout India, Phoolan WON and became the first low-caste person, let alone woman, ever elected to that office. Phoolan captured the hearts and transformed the lives of hundreds of millions of poor Indian women and, like Gandhi, was a champion for their rights until she was assassinated in 2001.