Jeremy Corbyn Is Leading the Left Out of the Wilderness and Toward Power (theintercept.com)

It is no exaggeration to say that the British Labour Party leader has changed progressive politics in the UK, and perhaps the wider West too, for a generation. The bearded, 68-year-old, self-declared socialist has proved that an unashamedly, unabashedly, unapologetically left-wing offer is not the politics of the impossible but, rather, a politics of the very much possible. Last Thursday’s election result in the UK is a ringing confirmation that stirring idealism need not be sacrificed at the altar of political pragmatism.

In these dark, depressing times of Trump and Brexit, of the fallout from the Great Recession and the rise of the far right, Corbyn has reminded us that a politics of hope can go toe to toe with a politics of fear. Millions of people will turn out to vote for a leader who preaches optimism over pessimism, who offers inspiration instead of enervation.

Corbyn has proved that the much-maligned young can be a force for change. Younger voters are not lazy, indifferent or apathetic, as the conventional wisdom goes, but will in fact come out in their droves for a leader who motivates and excites them; who gives them not just something to vote for — be it a scrapping of tuition fees or a higher minimum wage or a new house-building program — but something to believe in. A common struggle, a better future, a more equal society. Because something always beats nothing.

Corbyn has showed how it is possible for progressives to build a coalition between the young, people of color and cosmopolitan liberals on the one hand and, yes, those dreaded white working class communities on the other. It is a fiction to claim that leaders on the left must choose between them, or play one marginalized group off against another. White ex-UKIP voters in the north of the country returned to Labour last week in their hundreds of thousands.

So socialists and social democrats no longer need be on the defensive. Yes, mainstream center-left parties may have been crushed in recent European elections — think of France or the Netherlands. However, Corbyn — who spent 32 years toiling in obscurity on the backbenches before becoming leader of his party in a shock victory in 2015 — has now a paved a road out of the wilderness.

To be clear: the Labour Party did not win the the UK’s general election. Theresa May’s Conservatives secured more votes and more seats. Yet it is difficult to overstate — as even Corbyn’s biggest critics have now conceded — the sheer size of his electoral achievement. Labour’s 40% share of the national vote is its highest since 1970, with the exception of Tony Blair’s two landslide wins in 1997 and 2001. Last Thursday’s election also saw the the biggest increase in vote share for Labour — nearly 10% — since the party’s post-war blowout in 1945 under iconic leader Clement Attlee.

All of this despite Corbyn having begun the campaign more than 20 percentage points behind the Conservatives; having been written off by politicians and pundits from across the spectrum and relentlessly undermined by members of his own parliamentary party; and having endured an unprecedented campaign of demonization by the right-wing press. Corbyn, lest we forget, was smeared as a terrorist sympathizer; ridiculed for forgetting the details of various policies; dismissed as a crank and an eccentric.

“To take Labour’s prospects seriously under Corbyn was to abandon being taken seriously yourself,” wrote the Guardian’s Gary Younge on the eve of the election. “The political class imparted as much to the media class, and the media class duly printed and broadcast it… The wisdom was distributed to all who mattered. Those who did not receive it did not, by definition, matter.”

On Thursday, they proved once and for all that they mattered. And the quiet, unassuming Corbyn proved that he was indeed a serious and viable candidate for the highest office in the land — one analysis found that a mere 2,227 votes, in seven swing seats, blocked him from becoming prime minister at the head of a “progressive” coalition of Labour and the other smaller parties in parliament.

As former critics of his now help themselves to bigger and bigger slices of humble pie, the Labour leader may want to consider borrowing George W. Bush’s famous malaproprism: “They misunderestimated me.”

To be honest, I “misunderestimated” him as well. Full disclosure: I know Corbyn personally and share many of his political positions. I have never doubted his integrity or his honesty. Yet even I did not expect he would win 40% of the vote or prevent May from winning a majority in parliament. I did not imagine that Labour would win seats such as Canterbury, held by the Conservatives for the past 99 years, or Kensington and Chelsea, the UK’s richest constituency and home of the Daily Mail. I would not let myself believe, as many others on the left did, that a Corbyn premiership was a very real and live possibility, rather than a mad fantasy, a progressive delusion.

I was wrong. Completely, utterly, hopelessly wrong … but never have I been happier to be wrong.

Perhaps I should have paid more attention. The much-mocked Corbyn had a very clear plan from the very beginning. “The politics of hope are not an inevitable reaction when politics fails,” he declared in a speech at the London School of Economics in May 2016. “The politics of hope have to be rebuilt.” Rebuilding, the Labour leader explained, required three things. First, “a vision to inspire people that politics has the power to make a positive difference to their lives.” Second, “trust – that people believe both that we can and that we will change things for the better.” Third, “the involvement and engagement of people to make the first two possible.” 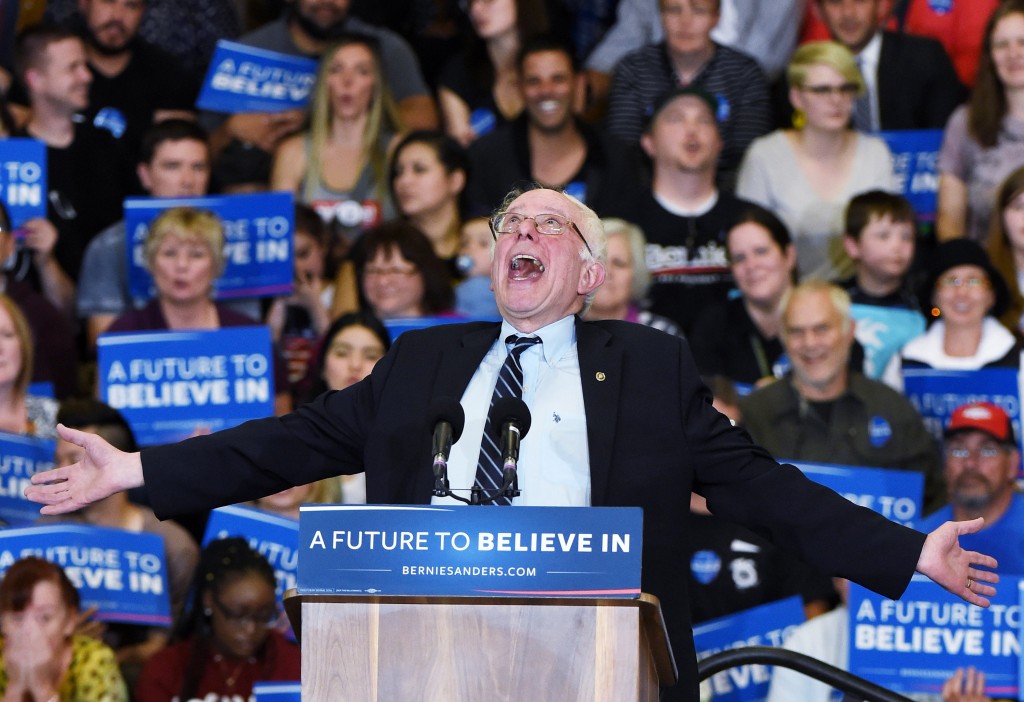 Corbyn, like Bernie Sanders before him, succeeded on all three fronts. He mobilized huge numbers of people to get organized, attend rallies, knock on doors. He upended the old political and economic orthodoxies, refusing to embrace austerity, or demonize immigrants, or push for foreign wars. And guess what? It turns out that you don’t have to triangulate to win 40% of the vote. Nor do you have to kowtow to the reactionary and illiberal agendas of the Mail or the Murdoch-owned press to win marginal seats in Middle England.

Neither Corbyn nor Sanders won their elections. But they came so close. Give them a bit more time. “One more heave” is no longer a political pejorative. With parliament hung, and Theresa May under fire from her own party, the next UK election could be held in a matter of months. The bookies have slashed Corbyn’s odds on becoming the next UK prime minister and a new post-election poll shows the Labour leader is now tied with his Conservative counterpart on the question of who would make the best prime minister. After last week’s shock results, what were once Conservative safe seats are now marginals and what were once Labour marginals are now safe seats.

Here in the United States, meanwhile, the Corbyn-esque Sanders has become the most popular politician in the country and would probably win the 2020 Democratic presidential nomination by a landslide if the contest were to be held tomorrow. Some polls also suggest he might have defeated Trump last November, too.

So: President Sanders? Prime Minister Corbyn? What were once progressive fantasies are now potential realities. The left may have finally awoken from its slumber — and, therefore, the attacks from the right will only escalate. But what was it Gandhi is said to have remarked? “First they ignore you, then they laugh at you, then they fight you, then you win.”

One Response to Jeremy Corbyn Is Leading the Left Out of the Wilderness and Toward Power (theintercept.com)