The more I read about the controversy surrounding 49ers quarterback Colin Kaepernick’s decision to not stand during the national anthem, and his efforts to shine a light on injustice in this country, the more I think about Tommie Smith and John Carlos.In 1968, in the midst of heated racial tension, Smith and Carlos used their platforms to change the world. At the Summer Olympics that year, Smith earned a gold medal in the men’s 200-meter dash, while Carlos won a bronze, and during the medal ceremony the two engaged in a powerful demonstration. With the national anthem playing in the background, they displayed one of the most symbolic gestures in Olympics history: The two men each raised a fist, showing their commitment to the civil rights movement.I’ve always wondered if, at the time, they believed that their showing of solidarity with Malcolm X, the Black Panther Party, and the recently assassinated Martin Luther King Jr., would even make a difference. But, as it turned out, a simple act on the world stage would surprise many, and show that change was needed.

The two competitors inspired millions around the globe and shed light on the oppression experienced by African-Americans in the United States. Their punishment, of course, would be severe. Soon after they took their stand, Smith and Carlos were expelled from the Olympics and made into public enemies. At home in the U.S., they received death threats. A moment of solidarity almost immediately became a swift burden. But when asked back then why he sacrificed the glory of the Games after earning a medal, John Carlos answered: “I can’t eat that. And the kids ’round my block can’t eat it. They can’t eat publicity, they can’t eat gold medals. All they want is an equal chance to be a human being.”

Think about that for a second. 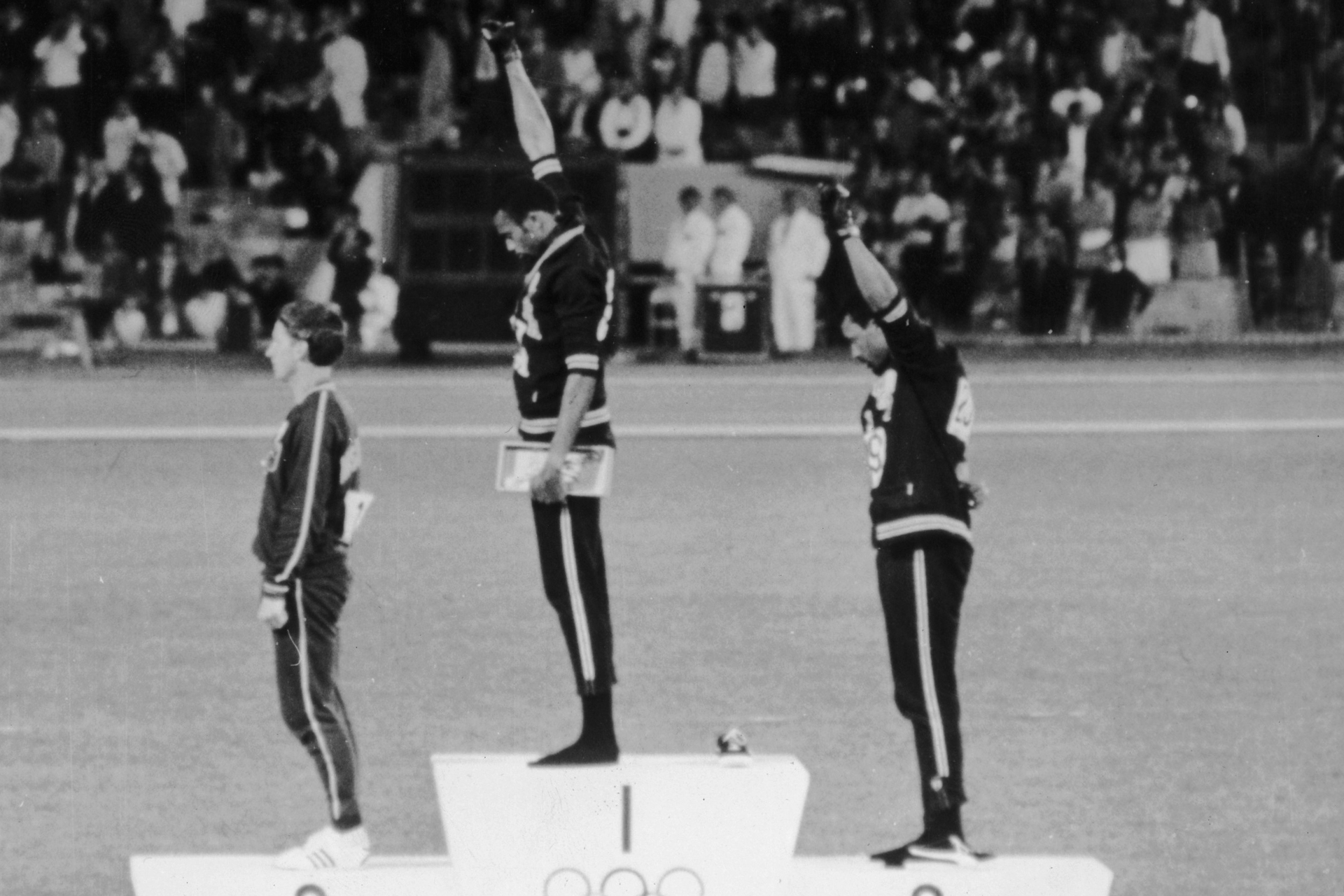 Now, fast-forward to 2016. During his team’s preseason games, Colin Kaepernick has opted to remain seated during the pregame performance of the national anthem. After several recent shooting tragedies and a summer marked by growing racial tensions, Colin felt as though he had to do something. He explained that his actions represent an effort to protest the lack of inclusivity and equal opportunity for minorities, particularly African-Americans in the United States. However, while not his intention, many saw his action as anti-American and anti-military.

It’s important to recognize the distinction between our country’s symbols — such as the flag or the anthem — and the military, or our country as a whole. The flag is a powerful symbol of Americanism — a concept that includes freedom of speech, freedom of assembly and freedom as a whole.

If you watch the entire interview, Colin was clear that it was not his intention to disrespect the military. His intent was to bring awareness to the injustices faced by regular people every day — people who are judged based on the color of their skin to be dangerous individuals unworthy of equal opportunity or the benefit of the doubt when crossing the street, walking into a store, or peacefully protesting senseless violence at the hands of police and others.

Colin’s goal was to use his platform to raise the visibility of issues that cannot and should not fall by the wayside as the media moves on to other news. He’s not the first athlete to speak up, and he won’t be the last. For those of us who have witnessed and lived injustice, struggled with racism, and experienced police brutality, we have an obligation and a responsibility to make our voices heard. In my case, it was always my dream to play professional football but ever since my dream came true, I’ve walked a tightrope between fans’ expectations of me on and off the field. Those expectations aren’t always harmonious when they collide with reality.

As we step on the field, our job is to play our best football and to help the team win. What we do as players beyond that commitment to our team and to our fans, is individual to each of us, and is part of what it means to be American and to feel comfortable expressing our views when, where and how we believe is best.

When challenged, Colin expressed that he did not regret his decision and that he plans to continue sitting through the anthem as a way to demonstrate the need not only to revive our national conversation on race relations, but also to encourage solutions that can bring about change. 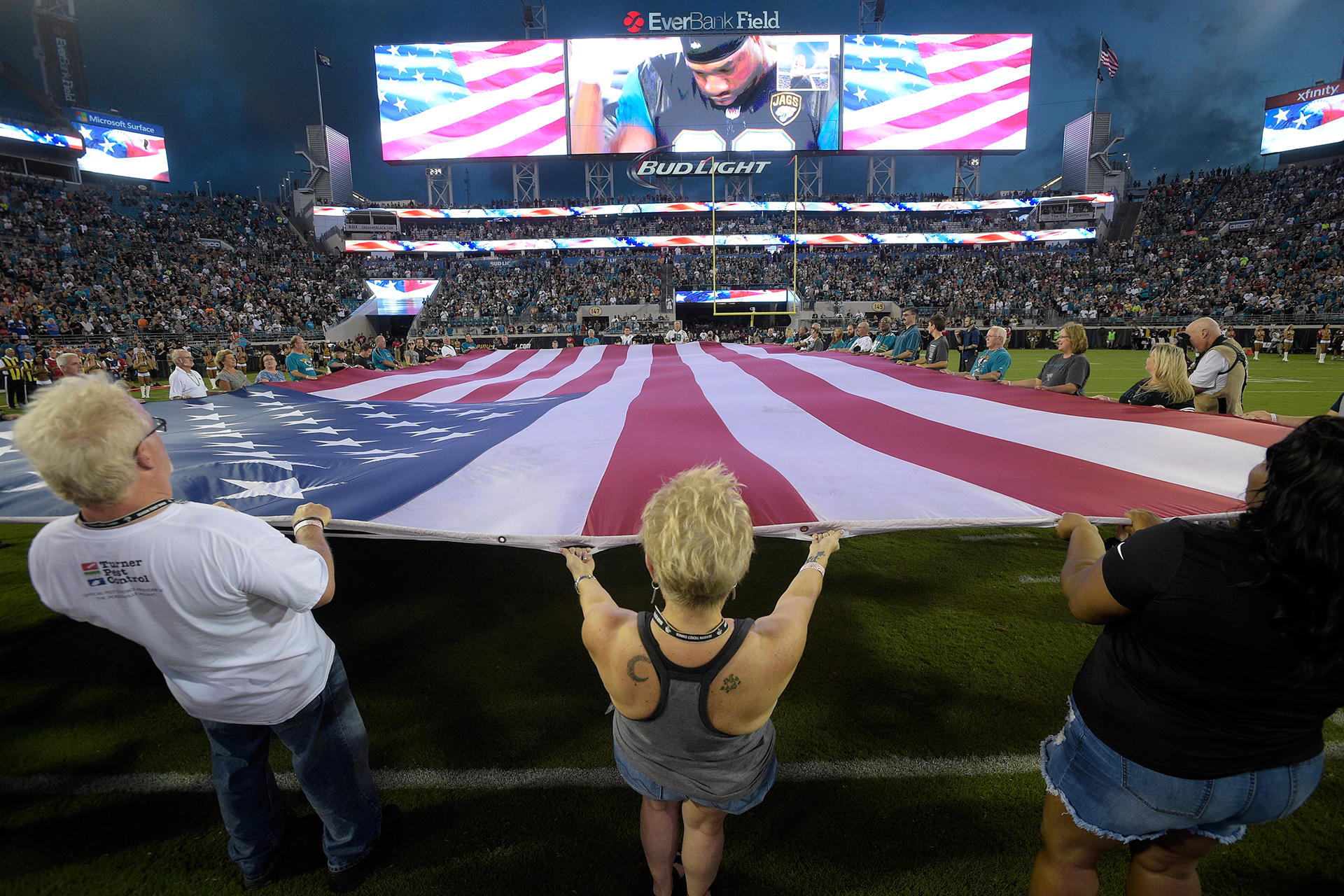 In a modern sports world that is over-commercialized and numb, taking a stand in that way is far from common. It’s so rare that, in fact, it seems shocking. But it shouldn’t be. Smith and Carlos didn’t worry about protecting their endorsement deals or succumb to sponsorship offerings up on that podium in ’68. They felt an obligation to do what was right. So they took action, even though they knew there would be repercussions.

As a society, we so often want to see the arenas and fields solely as a place for play. But what many people miss is the transcendent power of sport. Athletics has always been a part of our political context and has played an important role in shaping the culture we are a part of. And that’s not just the case here in America; it’s been true around the globe. In the battle against apartheid, Nelson Mandela noted that sport, “has the power to unite people in a way that little else does.” Sports can create hope where once there was only despair. And, in some cases, athletics can be more powerful than government in breaking down racial barriers.

When athletes recognize this and use their platform to spur change within society, fierce criticism is almost inevitable. But the 24-hour news spin cycle and divisive political power plays don’t help matters — we need to figure out how to address the important issues being raised together. Colin intended to elevate a conversation that must continue to be an active part of our dialogue in the country for all citizens, regardless of their race, background or personal history.

In his view, something’s gotta give.

Millions of people, from all walks of life, cried out when Alton Sterling, Philando Castile, the Dallas police officers and others were shot in cold blood. But what has changed? People get angry, make speeches and protest, but what laws are being modified? Who is changing police academy manuals? How are we putting actionable items at the forefront? How is anything really changing?

I’ll be the first to admit that I don’t have all the answers. But I do what I can, and I believe in what I do. Real courage requires taking action when conditions are not favorable. For me, sports have provided an opportunity to dig in on an issue that I feel strongly about — diversity and the tech sector. Through the GREATER Foundation, I’m actively working to build a pipeline of talented minority engineers. Black and Latino workers are dramatically underrepresented in Silicon Valley, and other tech centers around the world, and if opportunity is truly going to be equal for all, we need to create more on-ramps from a more diverse range of backgrounds to these hotbeds of economic activity.

That subject is something that’s important to me. And just as I have issues that I am passionate about, I believe other athletes have the right to advance issues that are personally important to them — be it Colin Kaepernick, Magic Johnson, Serena Williams or any number of others. 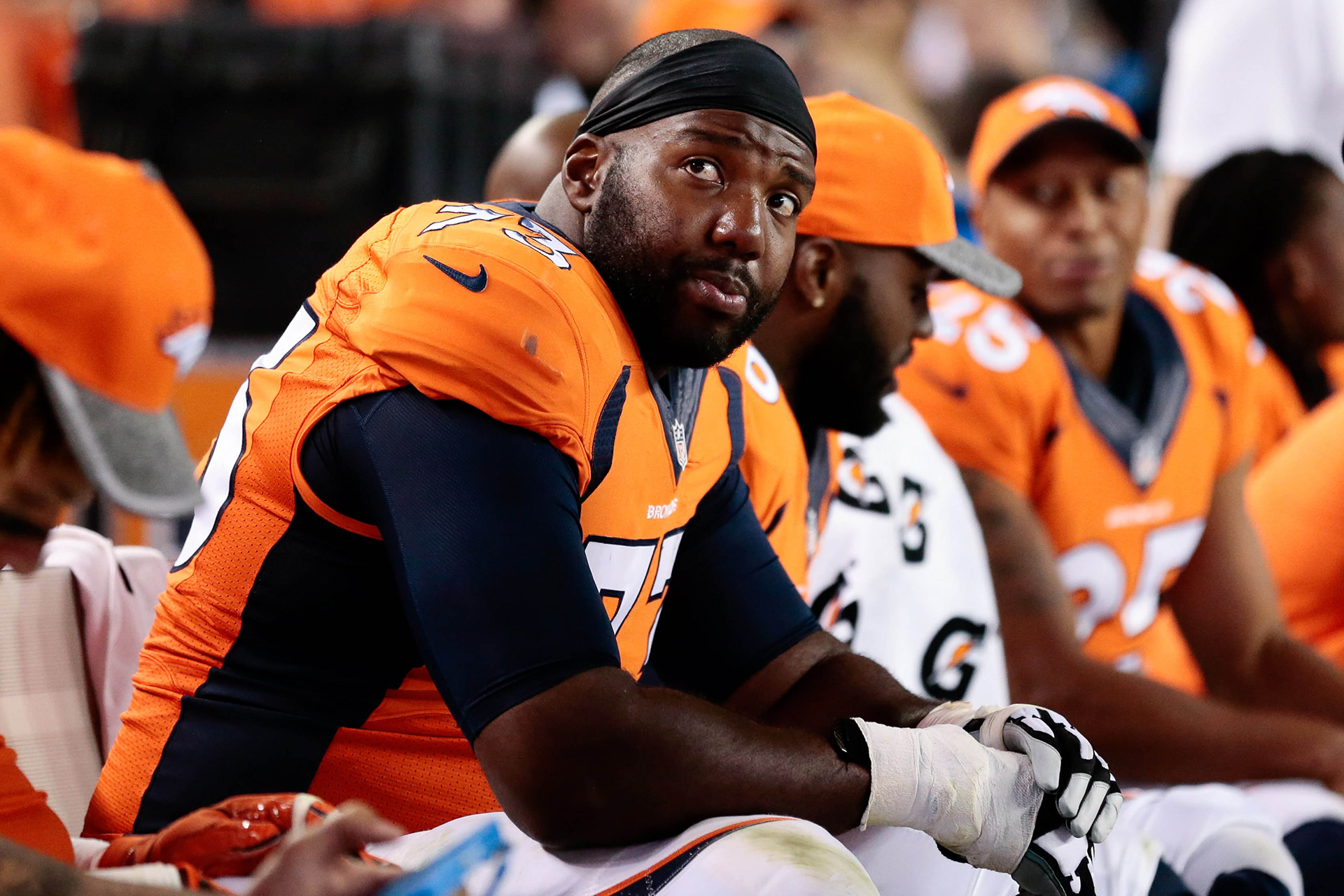 My challenge to athletes, and to anyone else who has a platform available to them, is to be passionate and creative in your thinking and approach. There are so many different ways to address injustice in this country. We can’t all try to solve these problems in the exact same way, and we should welcome a diversity of approaches.

I beg that we graduate beyond the thinking of our predecessors. They marched together and had frequent ways to move the needle, but in the modern, technological age, there are so many additional ways to go about trying to improve how our society functions. There are sustainable grassroots community programs that benefit immensely from athlete influence. In addition, we have social media acting as a direct medium to connect with fans and share our voices — we can use Twitter to call out injustice or correct inaccurate quotes, post photos to show our appreciation for getting the opportunity to do what we love every day, and more. Let’s take advantage of this technology and keep the momentum going.

If you’re not sure how to make a difference, look to what goes on around you — in meetings you attend or at the workplace or in the media. Refuse to be a part of anything that won’t move us as a people forward. Know that your platform, regardless if it’s as big as others, matters to our world.

Oh, and if you’re Colin Kaepernick, know that we see you, man. Thank you for reigniting the conversation and the movement for change.