Dr. Joao Goulao, Director-General of The General Directorate for Intervention on Addictive Behaviours and Dependencies, stands for a portrait on Geary Street on Monday, October 29, 2018 in San Francisco, Calif.  Photo: Lea Suzuki / The Chronicle

San Francisco likes to think of itself as on the cutting edge of everything. If it’s smart and compassionate public policy, the thinking goes, it probably started here.

But any quick walk around downtown — with widespread human misery on full display — makes it obvious our city doesn’t have all the answers. So who does? When it comes to drug policy, experts from around the world are looking to Portugal.

Portugal? It doesn’t come up in most San Franciscans’ daily conversations, but maybe it should.

On Monday morning, I got the chance to interview Dr. Joao Castel-Branco Goulao, a physician and Portugal’s national drug coordinator. He helped his country craft its drug policies — which are widely praised as both humane and effective.

Neither adjective would be used to describe San Francisco’s drug policy, which seems to revolve around looking the other way as users inject in public, toss their dirty needles on the sidewalks, and become sitting ducks for dealers who flock to the Tenderloin and South of Market, where they find ready markets. 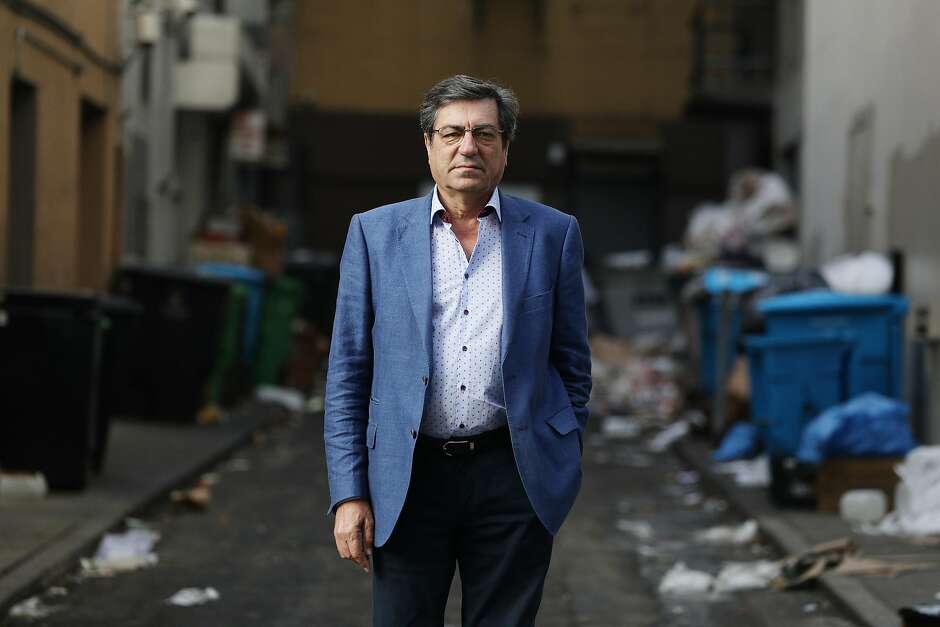 The picture in Portugal wasn’t pretty either back in the 1980s and ’90s. According to Goulao, 100,000 residents of the country of 10 million were addicted to heroin. (That sounds bad, but it’s actually a lower percentage than in San Francisco. We have 885,000 residents, and 22,500 are injection drug users, according to the public health department.)

“By the end of the ’90s, it was almost impossible to find a Portuguese family with no problem with heroin,” Goulao said, adding that the epidemic was so widespread across all economic classes that the public was crying out for a humane solution.

The government formed a commission, and Goulao was one of its members. They came up with a controversial solution: decriminalize drugs.

That doesn’t mean illicit drug use is legal. It means it’s treated as a public health problem, not a criminal one. He described it as akin to not wearing your seat belt. The government demands that you wear one for your safety, but it’s not going to send you to prison for not complying. Instead, it will fine you or send you to traffic school.

In Portugal, the possession of any type of drug in amounts that would last one person 10 days or fewer is decriminalized. If a police officer catches someone with a small amount of any drug — including cannabis, which is not legal in Portugal — the person must report to a special commission within three days.

That commission is composed of a lawyer, a psychologist and a social worker. It is not part of the criminal justice system, and there is no judge. The commission interviews the drug user and may recommend a psychologist to address underlying problems and suggest drug treatment facilities.

The person doesn’t have to comply, but if he or she declines, the file will stay open. If he or she is caught using drugs again, the consequence may be assignment to community service or a stay-away orders from the place the drugs were being used.

If the person deviates from the path — such as by not showing up for the commission appointment within three days or not obeying a stay-away order — police may get involved. Police also arrest anybody with more than 10 days’ worth of drugs or people caught selling drugs. Dealers still face years in prison, Goulao said.

One point he made tripped me up, because it’s so foreign to San Francisco. Here there are long waiting lists for many services, including drug treatment. Is there really always a spot in a drug treatment facility available in Portugal?

“Always,” he said, looking surprised by the question. “Always.”

He said the country spends 75 million euros — about $85 million — on drug treatment each year.

The approach means Portugal never had to open a safe injection site — a worthy idea considered in San Francisco, but now on hold after Gov. Jerry Brown vetoed a four-year trial.

Goulao said there are still enough injection drug users to warrant trying the model, and a safe injection site in a van will start traveling around Lisbon by the end of this year. Two fixed sites will open in the nation’s capital city next year. But the concept is in addition to the country’s approach to drugs, not its entire plan, like here in San Francisco.

So how is Portugal’s approach working? Goulao said cannabis use is still fairly widespread, but heroin, cocaine and crack cocaine use have lessened. He said the country has very little problem with meth or Fentanyl.

He said it was common to see open-air drug use on the streets in the 1990s, but now it’s rare because of the requirement to report to the commission within three days. While unlimited clean needles are freely available at pharmacies in Portugal, it’s rare to see dirty needles on the street, he added.

He said the total number of people in the country using any illicit drug has dropped from 100,000 to 40,000, and three-fourths of those are connected to treatment.

“Decriminalization was very important,” Goulao said. “It introduced coherency into our system. It respects the dignity of people who use drugs.”

He’s in San Francisco briefly before heading to New York to spread the word to journalists, drug treatment providers, and others about Portugal’s method and how it could work in the United States.

“I just want to share that we faced a devastating condition in my country,” he said. “Nowadays, drugs are one problem we face in society, but not theproblem.”

Portugal’s policies are well known to those who advocate for changes to San Francisco’s approach to drug addiction.

Supervisor Rafael Mandelman, who has studied the problem intensely since his election in June, said he likes the Portuguese approach because it offers more than a safe injection site. It offers treatment on demand to anybody who wants it — an idea floated in San Francisco for decades but never achieved.

“The door should be really easy to walk through, and right now it’s really hard,” Mandelman said of drug treatment.

He also likes the practicality of Portugal’s approach — the fact that drug dealing is still dealt with in the criminal justice system.

“I’m asking for more police, not fewer,” he said. “There are parking lots in the Castro that everyone uses as places to sell drugs. I’m asking to have those networks broken up.”

A group of advocates has been meeting since August to push treatment on demand in San Francisco. The concept was approved by 61 percent of voters back in 2008, but that measure had no teeth and no funding.

“Is that not the most classic of all San Francisco ballot initiatives?” quipped Laura Thomas, deputy state director of California’s Drug Policy Alliance.

Passage of Proposition C on the Nov. 6 ballot, which would raise taxes on the city’s biggest businesses to generate $300 million in funding for homeless services every year, could help because it would provide an extra $75 million to mental health and drug treatment services.

“One of my goals is to get San Francisco to really develop a full Portugal model here,” Thomas said. “It’s time for us to actually embrace approaches that work.”