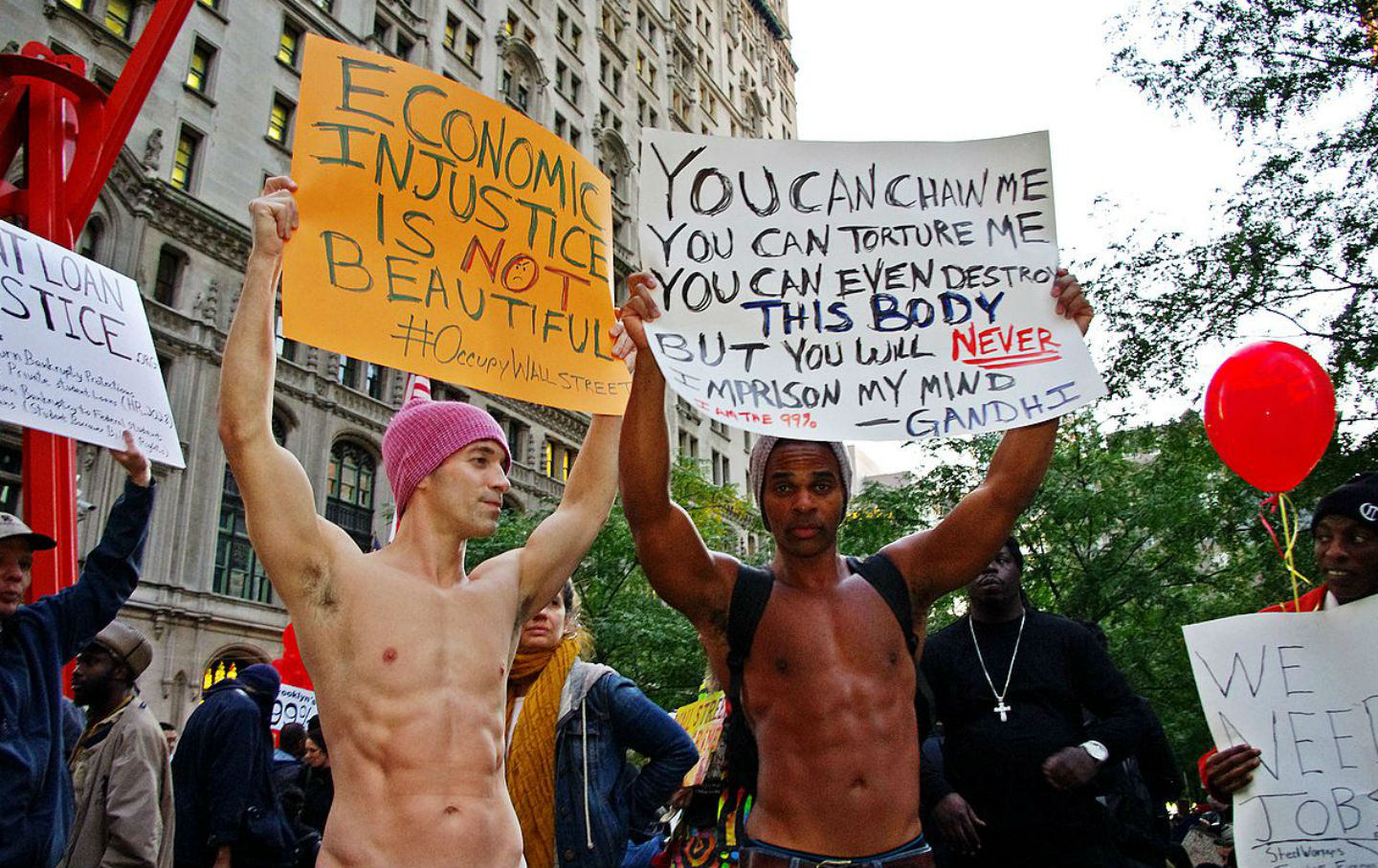 Historically speaking, the middle days of September have not been good ones for Wall Street. Two days ago we examined The Nation’s coverage of the collapse of Lehman Brothers on September 15, 2008, and yesterday we featured The Nation’s response to the bombing of Wall Street on September 16, 1920. Here’s another one: Four years ago today Occupy Wall Street began in New York City. The Nation, which had long been looking for the next great American protest movement, immediately began cheering on the protesters, while wondering whether such an outpouring of leaderless, democratic spirit could lead to real political and social change. In an issue that went to press just as it became clear, in early October, that the protesters weren’t going anyway, The Nation editorialized:

“The Beginning Is Near!” proclaimed one early sign at New York City’s Liberty Plaza, which since September 17 has been held by a coalition of activists under the Occupy Wall Street banner. In the early days of the action, many on the professional left doubted that Occupy Wall Street would be the beginning of anything. “Another day, another demo…” some shrugged, weary from years of protests that never seem to stop another war, another robbery of the poor by the rich. In Washington, for two frustating years, the debate has been focused on how much austerity to have—the slash-and-burn policies of the Republican Party or the austerity-lite measures of President Obama. More stimulus, we were told, was a nonstarter. Hope seemed a distant, perhaps false, memory. But thankfully, the young protesters at the heart of Occupy Wall Street are not so cynical. The kids are alright! They may have lost faith in the key institutions of America—the elected officials, the media, the banks—that ought to be steering the country out of economic crisis, but they have not lost faith in the people. Yes, they’re angry, but they are also searching and optimistic and, above all, they have taken matters into their own hands….

Certainly, there is room for other approaches. And perhaps the outrage embodied by Occupy Wall Street will find an outlet at the ballot box or in legislation one day. For now, though, its energy is where we need it—in the streets.

Richard Kreitner is The Nation’s assistant editor. His writings are at www.richardkreitner.com.
Bookmark the permalink.