Strike Debt Bay Area (SDBA) wrote and participated in the airing of an hour long KPFA radio show on financial inequality – causes, reprecussions and what we can do about it. Darlene Pagano, a member of SDBA and KPFA intern, hosted the show, called “Full Circle” which aired on Friday evening, December 15th, 2017 at 7:00 PM.

You can listen to the show here, on KPFA’s apprentice web page, along with other Full Circle productions including “Trumping Democracy” and “Puerto Rico and Disaster Capitalism”.

Here’s some “best of” excerpts from the show.

Check out Strike Debt Bay Area at our website and/or attend our next meeting. 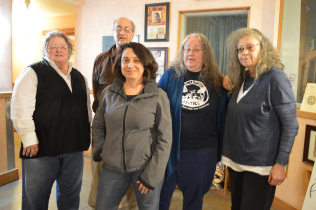