Take Action to Stop the War in Yemen

January 25th: Take Action to Stop the War in Yemen 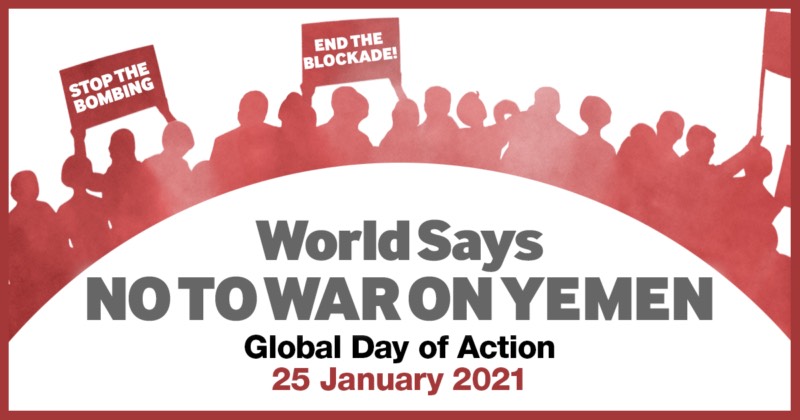 With the war approaching its sixth year, we must hold Biden to his pledge to end U.S. support for the Saudi-led coalition in Yemen. Their blockade and bombing campaign have devastated the country, leaving over 200,000 dead and over 85,000 children starved due to famine.

The Saudis, with US support, are committing war crimes, including the deliberate targeting of civilians and civilian infrastructure. US corporations like Lockheed and Raytheon have made billions from the slaughter.

Join us in demanding that the new administration

How you can help: